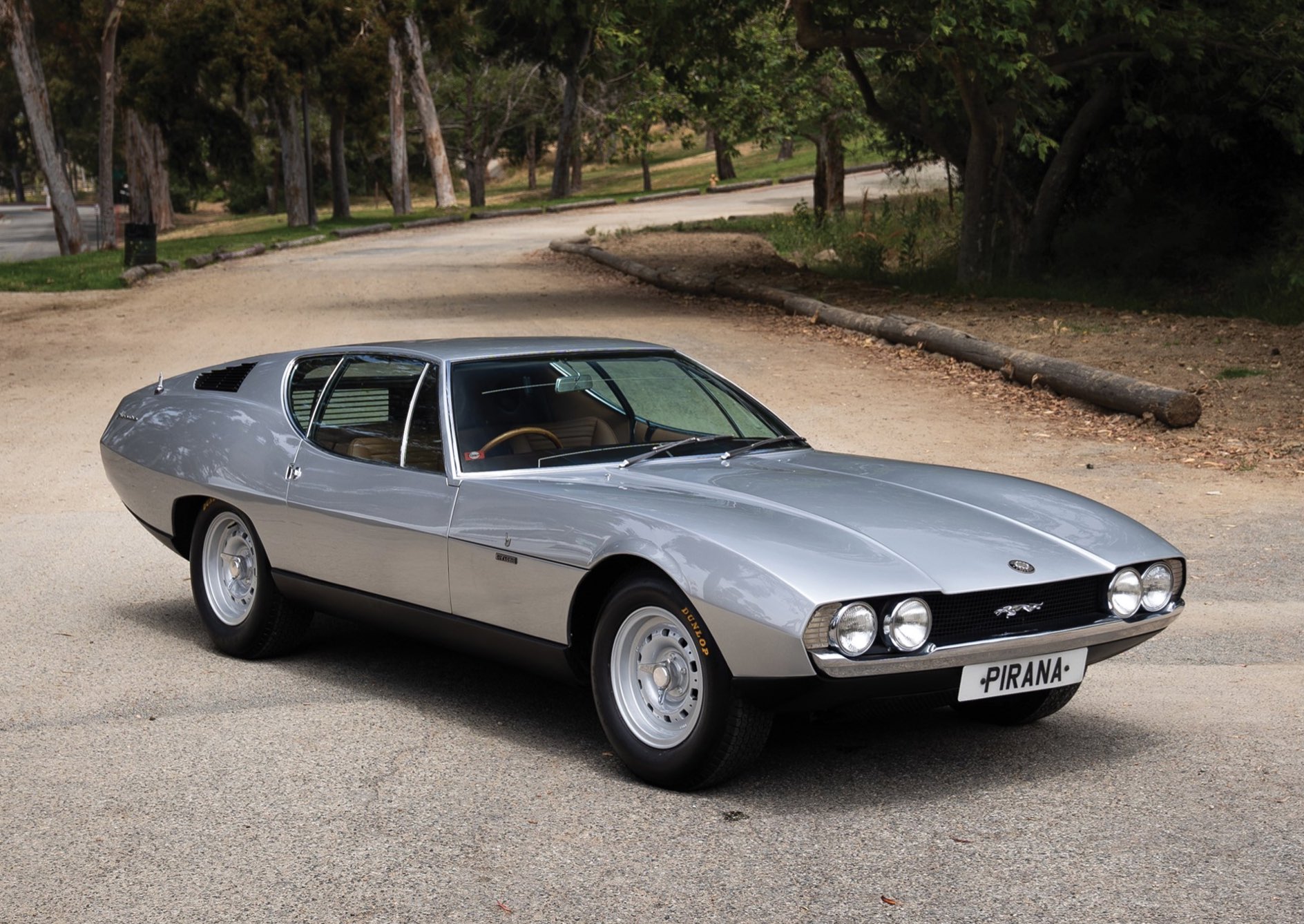 Coachbuilt cars are often just as much an exercise in wealth as they are in style. However, the Bertone-Jaguar Pirana was built purely for the enthusiast’s sake.

In early 1967 the motoring staff at The Daily Telegraph dreamed up the ideal car. This was the one to live the 1960s London dream. It was for the executive playboy who was brazen enough to drive himself to social events yet didn’t want to ruffle his tuxedo along the way. This car was built to be the ultimate grand touring machine.

Editor John Anstey had his team dream big to create the car that was made for car lovers. He made sure that they would include the latest technology and safety, and the only restriction was that this dream had to be obtainable. All components had to come from products that were available to the public or would be in the near future. That was all true, except for one piece: the body. It only took the exchange of two letters to get Nuccio Bertone on board to create a bespoke design to wrap around this dream car.

Sir William Lyons agreed to sell them the motor and frame. The 2+2 E-Type wheelbase seemed ideal to get the right grand touring ride, and Dunlop competition wheels widened the stance to really let this creation own the road. Jaguar’s 4.2-liter motor was the true wonder of its time for power and a lust-worthy exhaust note.

In May 1967 the first lump of clay was sculpted. Bertone and his chief stylist, Marcello Gandini, were the only ones with the keys to the styling studio for this project. Their aim was to create a car that had the look of “controlled speed” with a long, sleek hood and plenty of slope to the rear. It went from small model to wooden buck to a finished car in record time—just five months. The Bertone-Jaguar Pirana was ready in time for its debut at the 1967 Earls Court Motor Show. Not only was the Pirana the star of London’s motor show, but it also was showcased in Turin, Montreal, and New York.

It has been suggested that the creation’s unique spelling was the result of other cars carrying the Piranha name. But when the coupe was showcased at the 2012 Concorso Italiano in Monterey, Lilli Bertone explained that leaving the h off the name was an aesthetic choice by her late husband.

While the Pirana’s design was Italian, the car was fronted by British pride. Thus, it was also used to showcase some of the latest U.K. technologies. Smiths provided a special air-conditioning system that supplied cold air through an overhead console. They also provided the AM/FM radio that worked in conjunction with a cassette tape player in the center console—available for everything from playing music to a dictation machine for the executive on the go. The glass was Triplex, showing off their heat-absorbing tint, safety lamination, and specially integrated defroster in the front and rear. And of course the perforated leather for the dual bucket seats came from Connolly.

The Pirana was insured for £20,000 at a time when £6,500 would buy a brand-new Ferrari 275 GTB/4. It was first sold into public hands at the Parke-Bernet Sotheby’s auction in May 1968. The initial sale was in the U.S., and the car stayed out of the public eye for the next few decades. In early 2011 the Pirana was acquired by the current owner. There had been many modifications from the original show car, and it was decided to return the coupe to its Earls Court appearance. There was an eye for preserving the bespoke elements that could be saved. The rest was about properly recreating, restoring, or refurbishing to get it back to when Nuccio Bertone first waved goodbye to his custom work. This included returning the Connolly leather, special cassette player, and four-speed gearbox, and removing an added rear seat so the air-conditioning system could correctly route through this prototype as initially intended. The special silver paint that Bertone loved to use on concept cars like this and the Marzal was re-created using samples found underneath body panels.

Today the Bertone-Jaguar Pirana concept car serves as a link between the Marzal concept car and the later Espada that it inspired. While the leaping-cat badge makes this quite a unique bridge between those two Lamborghini bulls, its true legacy is representing one of the few times a true dream car was crafted into reality.

We have 8785 visitors online