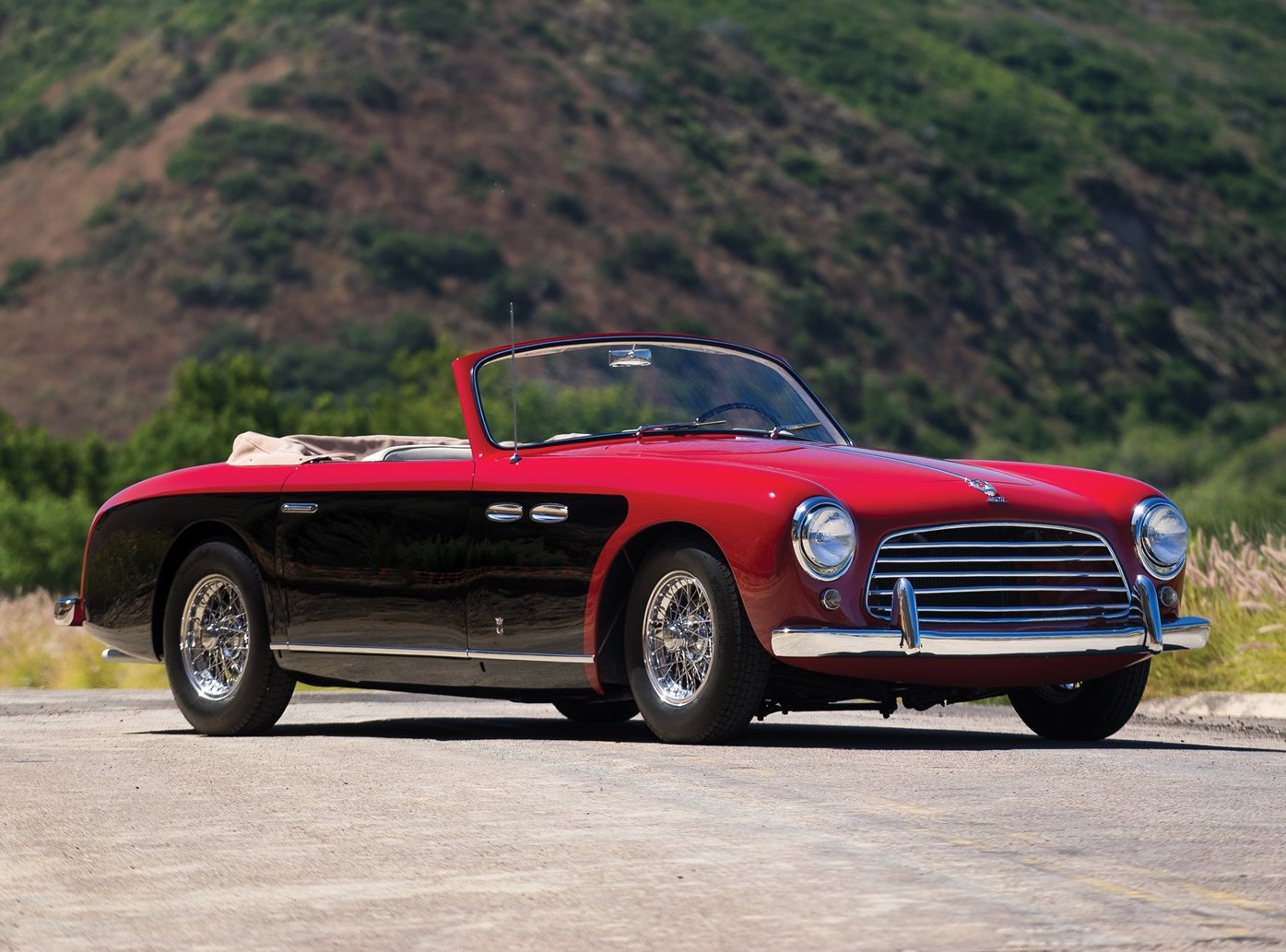 Founded by Giorgio Ambrosini in 1926, Siata initially produced performance parts for Fiat, but in the postwar years began production of high-quality sports cars under its own name. The boutique Italian manufacturer also accepted custom orders, such as the one submitted by Euclid, Ohio, Ford dealer Jimmy Mulgrew, who requested a sleek coupe body on a Ford chassis for racing and promotional purposes. What he received was something else entirely...

By the early 1950s, Siata (for Società Italiana Auto Transformazione Accessori, or Italian Auto Transformation Accessory Company) produced a variety of models in its Turin factory, including the Amica, the Daina, the 300 BC Barchetta Sport Spider, and the 208 S. In both Europe and America, Siata had achieved a fair amount of racing success, including a win in the 1948 Italian Road Racing Championship. In 1952, Dick Irish drove a 1.4-liter Siata 1400 Gran Sport to a class win in the 12 Hours of Sebring, finishing third overall despite a serious horsepower deficit compared to cars like the Jaguar XK120, the Ferrari 166 MM, and the Allard J2.

Irish and Mulgrew were friends, or at least acquaintances, which is how the genesis of this unique Siata-Ford began. Wanting something to race on weekends and promote his business, Euclid Ford, during the week, Mulgrew wrote to the Ford Motor Company to request a heavy-duty Police Special chassis, sturdy enough to stand up to the rigors of competition. His request was denied, so instead Mulgrew purchased a 1951 Ford Tudor sedan, powered by a 239-cu.in. flathead V-8. Handing the keys to Irish, he instructed the racer to deliver the car to Tony Pompeo at Fergus Motors, a Siata dealer located in New York City.

Pompeo was supposed to ship the Ford to Siata for conversion into a sport coupe, but six months later, a convertible, bodied in aluminum by Stabilimenti Farina as one of its final projects (and perhaps its very last work) was returned to Mulgrew. Underneath, the car rode on a chassis built by Siata using the Ford suspension, drivetrain and mechanicals, and equipped with Ford instrumentation, leading many to speculate that the 1951 Ford Tudor had been parted out in New York before shipment to Italy as a cost-saving measure.

Though it wasn’t what Mulgrew expected, the car’s stylish lines and impressive performance prompted him to keep the car until 1955, when it was offered for sale through Alfred Momo’s shop in New York City. The car passed through a string of owners into the 1980s, and Oliver Kuttner, who purchased the Siata in 1988, was the first to refurbish — but not restore — the Italian-American hybrid. Following the work, the car was kept in storage and used sparingly until 2005, when it was purchased by Jerry Bensinger and Daniel Rapley, who in turn sold the car to the consignor shortly after.

The car was given the comprehensive restoration it needed, beginning in 2005. First, it was shipped to Germany, where Ugo Bernhardt and Bernhardt Karosseriebau removed, repaired, and refinished the aluminum bodywork. Upon return to the United States, the Siata was sent to Absolute Engineering in Goleta, California, for the remainder of the work. First finished in red, the current two-tone black-over-red livery was added in recent years.

Offered at the RM Sotheby’s Monterey sale 2017 as a no-reserve lot, the Siata-Ford included a mildly built flathead Ford V-8 with Offenhauser heads, dual carburetors atop an Offenhauser manifold, and a custom quad air-filter intake. Documentation covering the car’s restoration and ownership history was also part of the package, and the auction house described the car as eligible for both concours display and historic driving events worldwide. The 1952 Siata-Ford sold for a hammer price of $209,000.

We have 8650 visitors online